23 Things to See and Do in Waco Texas

Many people associate Waco with Chip and Joanna Gaines, the couple who renovates homes on the TV show Fixer Upper. Located between Dallas and Austin, Waco is so much more than Magnolia, the business empire the Gaines’ built as a result of Fixer Upper’s success. It’s a college town, thanks to Baylor University. It’s also the home of two scenic wineries and a craft whisky distillery. History buffs can learn about one of Texas’ best-known law enforcement agencies, the state’s sports legends, and an iconic soft drink. Children will enjoy visiting a themed zoo, seeing the bones of a Columbian mammoth, and riding thrilling waterslides. Here are twenty-three things to see and do in Waco.

Brazos Tours offers a 2 ½ hour tour that includes many of the homes that Chip & Joanna Gaines renovated on Fixer Upper. In some instances, the tour van will stop at one of the renovated houses and allow passengers to go inside the house and see the work the Gaines’ did. The tour van also stops at Harp Design (Clint Harp’s house and workshop) and JDH Iron Designs (Jimmy Don Holmes’ workshop). Tour passengers often get to meet Holmes. 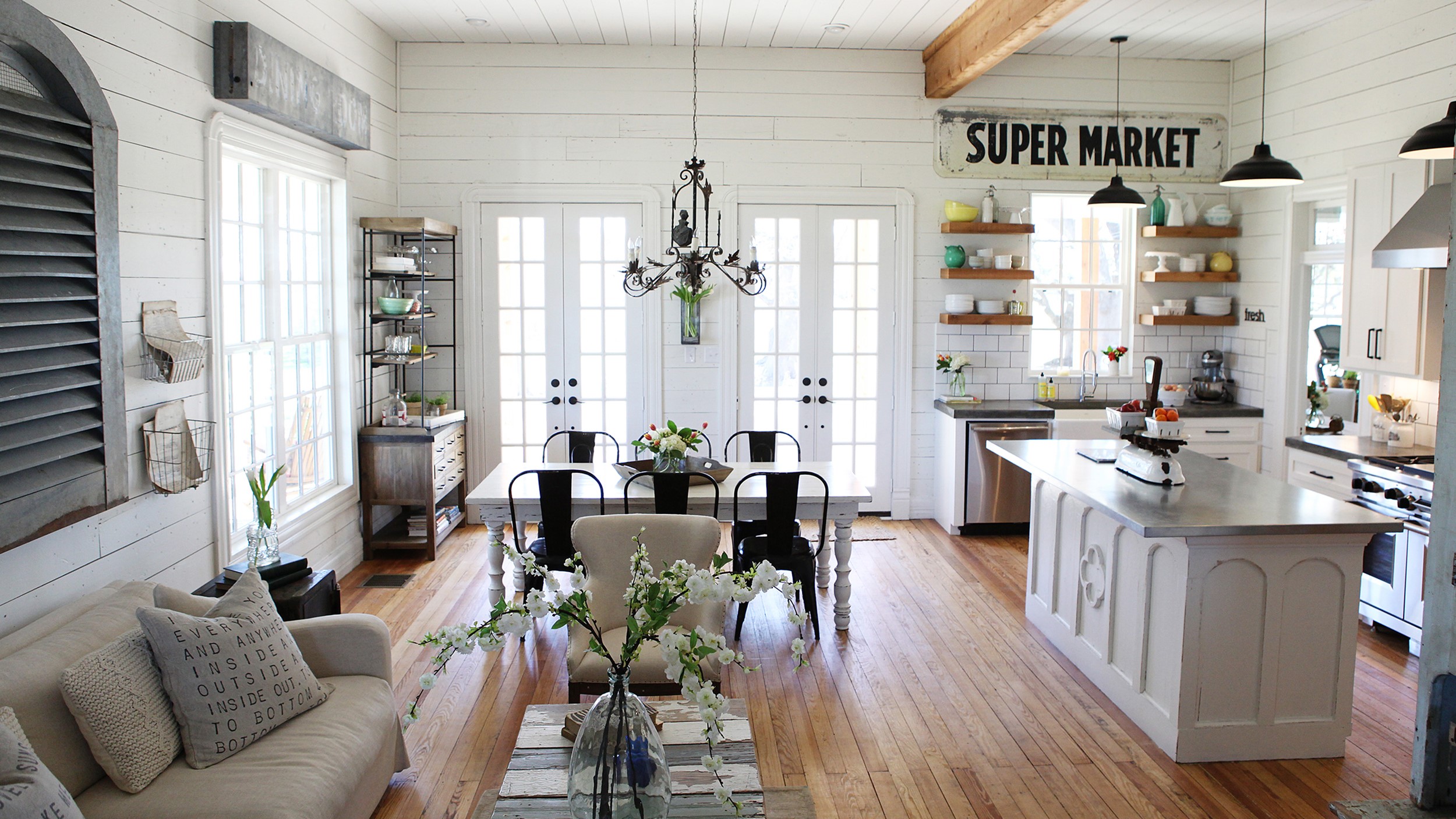 In 2009, Balcones Distilling started making whisky in a former welding shop turned craft distillery. Balcones uses Texas grown malted barley and other ingredients sourced in Texas and in neighboring states to make classic, annual release, and special release spirits, including their flagship Texas Single Malt Whisky. The distillery is open for tours Thursday-Saturday by reservation while the tasting room is open Tuesday-Saturday.

The Brazos Bluffs Ranch offers both group and private sunset horseback rides at the ranch, which runs along the Brazos River. The ride takes visitors to a high bluff overlooking the Brazos River. Riders ages 10 and up of all skill levels are welcome. The private sunset horseback rides are geared towards couples. Snacks and beverages are included. The Ranch also has a daytime 90 Minute Horseback Journey open to riders ages 7 and up. The Ranch has two houses and a glamping site available for rental.

Passengers board a pontoon boat for a tour of Waco from the Brazos River. The boat stops at McLane Stadium, Baylor University, the Waco Suspension Bridge, Cameron Park, and Brazos Park East. Throughout the two-hour plus voyage, the captain and tour guide tell stories of the river and its history and how the river’s history pertains to Waco’s history.

Waco Tours offers a guided three hour van tour of the city and its landmarks, placing an emphasis on the history and restoration of Waco. Some of the houses featured on Fixer Upper are on the tour along with downtown Waco, Harp Design, Cameron Park, East Waco, and many of the city’s neighborhoods. The tour van makes several stops and the tour guides tell stories about everything from Baylor University to Dr. Pepper to Magnolia.

Doris Miller, Waco born and raised, served on the USS West Virginia in World War II during the attack on Pearl Harbor. Miller, a messman, helped to pull the ship’s wounded captain to safety. He then fired at enemy planes as they attacked the ship even though he wasn’t trained to use heavy artillery. Miller was the first African-American to be awarded the Navy Cross for his bravery. The memorial features sculptures of both Miller and the USS West Virginia.

Waco is the hometown of Dr. Pepper. In 1885, pharmacist Charles Alderton created the soft drink, mixing different fruit syrups until he found a mixture that matched the smell of Morrison’s Old Corner Drug Store, the pharmacy Alderton worked at. The museum houses over 100,000 items pertaining to the history of Dr. Pepper, other beverages owned by Dr. Pepper and its parent company, and the soft drink industry. Only a fraction of those items are on display at any given time. In addition to regular tours, the museum offers guests soda tasting, soda making, and paranormal activity tours.

The Historic Waco Foundation offers tours of two of the city’s historic homes, East Terrace and the McCulloch House. East Terrace, an Italianate Villa built between 1874 and 1884, was the residence of businessman John Wesley Mann and his family. Mann owned the brick company that supplied the bricks used to build the Waco Suspension Bridge. The McCulloch House was built in 1866 by Dr. Josiah Caldwell. In 1870, Dr. Caldwell sold the house to Champe Carter McCulloch, who expanded the house in a Greek Revival style. McCulloch was a merchant and served as Waco’s mayor for 11 years. East Terrace, 100 Mill Street; historicwaco.org McCulloch House,

Covering 18 acres, the Homestead Craft Village consists of a number of shops where artisans make or grow everything onsite. The shops include a pottery shop, a woodworking shop, a gristmill, a basket making shop, and a blacksmith’s shop, among others. The Village features gardens that visitors can walk through, along with a poultry display. The Ploughshare Institute for Sustainable Culture offers classes in all the crafts demonstrated by the artisans plus additional classes for those interested in homesteading. Children can make their own baskets, clay pots, brass spoons, and leather key fobs and bookmarks.

The Magnolia Silos are perhaps the most recognizable landmarks in Waco. The Silos guide visitors to the visitor’s complex for Chip and Joanna Gaines’ Magnolia home décor and renovation businesses. The complex features the Magnolia Market, a home décor, design, and gift shop; Magnolia Seed & Supply, a garden shop; the Silos Baking Company; the Magnolia Press Coffee Company; and assorted food trucks. The Silos host a variety of events along with appearances by Chip and Joanna Gaines.

The Baylor Bears face off against their Big 12 Conference college football opponents at McLane Stadium. On days when the Bears are not using the field for practices or games, the stadium is open for 90 minute guided tours. The tour takes visitors to the team locker room, the presidential level, the press box, the recruit lounge, the stadium suites, and the football field. 1001 South Martin Luther King Jr. Boulevard; Mclanestadium.com/public-tours

Located on the Baylor University campus, the Mayborn Museum complex consists of a natural history museum, a historic village, and a children’s discovery center. The natural history museum contains exhibits and collections covering the archaeology, ethnology, geology, animal life, and history of the Waco region, Texas, the U.S., and the World. The Governor Bill & Vara Daniel Historic Village consists of nine buildings that provide a look at a Texas community in the 1890’s. The Jeanes Discovery Center houses hands-on exhibits designed to spark children’s imaginations.

The Texas Ranger Hall of Fame & Museum isn’t a museum devoted to the baseball team, but rather, it’s a historical museum dedicated to the famed Texas law enforcement agency. Opened in 1968, the museum tells the history of the Rangers through video presentations, exhibits, artifacts, and photos. The museum maintains a separate room devoted to the portrayal of the Rangers in pop culture. There is a large collection of pistols and rifles and some of the more infamous criminals like Bonnie & Clyde have their own exhibits. The museum also runs a research center for students, teachers, law enforcement officials, authors, film producers, and genealogists.

Measuring 35,000 square feet, the Texas Sports Hall of Fame celebrates the state’s best athletes and sports teams, with over three hundred athletes enshrined in the Hall of Fame. The Hall contains separate areas covering the former Southwest Conference and the Cotton Bowl, the Texas High School Football Hall of Fame, and the Texas Tennis Hall of Fame. This is in addition to the main gallery and tribute rooms covering football, basketball, baseball, hockey, golf, horse racing, swimming and diving, soccer, and Olympic sports.

Spanning an area covering both sides of the Brazos River from Baylor University to Cameron Park Zoo, the Waco Cultural District showcases the city’s public art exhibits. The exhibits include sculptures, murals, public fountains, and chalk murals. The Cultural District also highlights graffiti art done by French artist Blek le Rat. One of the main public art features of the Waco Cultural District is the Sculpture Zoo. The Sculpture Zoo features 28 different animal sculptures from artists throughout the United States. The sculptures can be found along the Brazos River Trail from Doris D. Miller Park to the Cameron Park Zoo. Creativewaco.org

Opened in 2016, the Waco Hispanic Museum celebrates the city’s Hispanic culture and involvement in the history of both the city and Central Texas. The majority of the museum’s exhibits consist of photographs, newspaper articles, apparel, and artifacts that commemorate Waco’s Hispanic community.

In 1978, Paul Barron and Eddie Bufkin found a femur bone belonging to a Columbian mammoth, an extinct species that lived during the Ice Age. Volunteers from Baylor University’s former Strecker Museum excavated the site and recovered the fossilized remains of 22 Columbian mammoths, a Western camel, a dwarf antelope, an American alligator, and a giant tortoise along with a tooth from a juvenile saber-toothed cat. The site, which became a National Monument in 2015, offers a Dig Shelter tour, allowing visitors to see the mammoths’ bones.

Built in 1870, the Waco Suspension Bridge is the oldest suspension bridge in Texas that is still in use. At the time it was completed, the bridge was the longest single-span suspension bridge located west of the Mississippi River. The bridge spans over the Brazos River and was used by cowboys leading cattle drives along the Chisholm and Shawnee Trails. Today, the bridge links Indian Spring Park and Martin Luther King Jr. Park. On the west side of the bridge, a Branding the Brazos sculpture in Indian Spring Park pays tribute to Waco’s involvement in the state’s cattle drives. Indian Spring Park, 101 University Parks Drive Martin Luther King Jr. Park.

For ADA assistance, please email compliance@placester.com. If you experience difficulty in accessing any part of this website, email us, and we will work with you to provide the information.

Sign Up
Already a User? Sign In
You have been successfully registered
Please check your email.
Go to the homepage
Sorry something went wrong
Please try again.
Try again